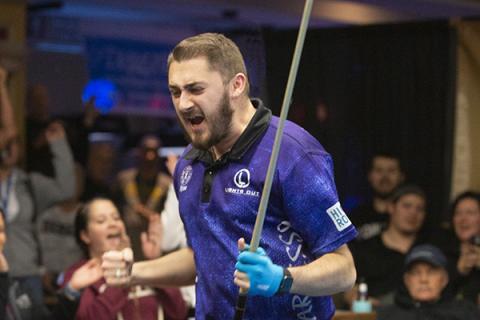 Woodward Wins Derby 9-Ball and All Around

With his win in the 9-ball division, Skyler Woodward earned the Derby City Master of the Table title 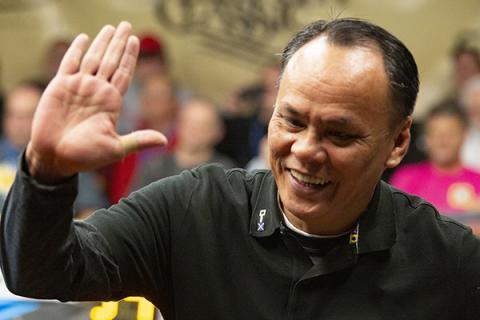 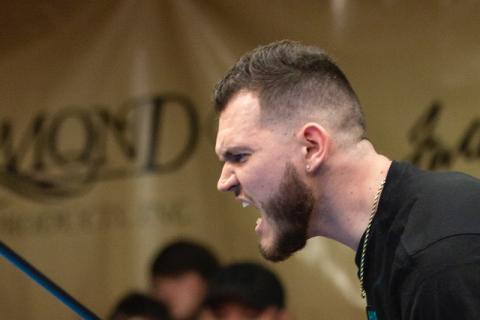 The Derby City Classic (DCC) is an annual pool tournament first held in Louisville, Kentucky in 1999. It is currently held in Elizabeth, Indiana, just across the river from Louisville, at the Harrah’s Casino there on River Road.

The tournament, conceptualized and founded by Diamond Billiard Products founder Greg Sullivan, is a reinvigorated version of the Johnston City Hustlers Jamborees as hosted by the Jansco brothers in the 1960’s and early 70’s.

The event has historically revolved around three major disciplines. Bank Pool, One Pocket and Nine Ball. Players compete for these individual titles in a format known as ‘Buy-Back’ where it is a single elimination event but all players may pay another entry fee and buy-back into the field. For this reason the tournaments are not of the standard ‘ladder’ format but rather there is a re-draw of all players after every round to determine opponents.

The player who has the best average result in all three events becomes the Master of the Table, which is a separate award from the tournaments themselves. There also are specialty events at Derby City that evolve, change and grow with the years. One of these is the Diamond Ten-Foot challenge where a small field of top pros compete for the honors on tables that are 5’ X 10’ in size.

The DCC is also the site of the annual OnePocket.org hall of Fame dinner where the greats of One Pocket are enshrined forever to commemorate their skills.

Another annual feature is the Louis Roberts Action and Entertainment award that goes to the player who brings the most “action” to the event each year in the form of challenge matches. Challenge matches between individual and teams of players are a yearly fixture of the DCC and are a main draw for the crowds who come to ‘sweat’ the action.

The event is telecast live every year by Accu-Stats Video Productions.